I finally dug out the blue sock and knit a few rows. I think if I practise moderation, I'll be okay! I am planning a 5-hour train trip in a month. Can I work it up so that I can knit, maybe for an hour at a time? 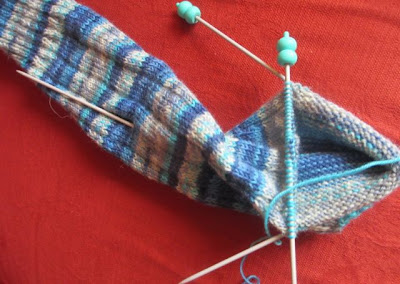 Start slow, take it easy, don't rush into anything. But, eeeeeee, so exciting!
Posted by Mary deB at 4:09 pm 3 comments:

Today just a lot of pictures! Still these are only from one of the two cameras we had in action, but I think you'll get the idea.

The big draw this holiday, besides seeing relatives, was The Boat! Our first trip to the dock was in rather heavy overcast, and we just puttered around on the boat, looked at the mist and pulled our hats down over our ears. 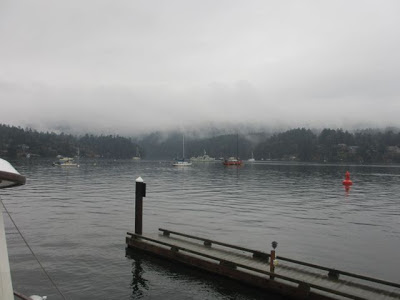 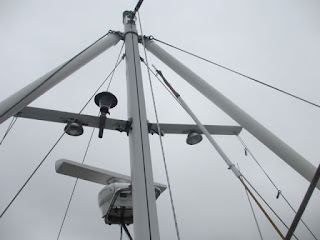 The day we actually planned on our expedition it was much better, a bit warmer and even with a bit of blue sky! 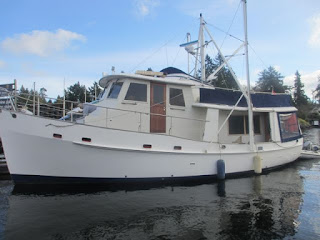 This is my brother-in-law's newish boat, 42 feet long, with plenty of sleeping room and a saloon (or is it salon?) as big as my living room at home. Plenty of space in the fridge and we had a nice lunch as we tootled along. 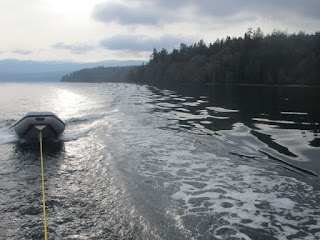 Due to an accident at the port in Vancouver, the waters were rather full of freighters waiting to load or unload. We circumnavigated one of them, the Bonanza. Rather large. 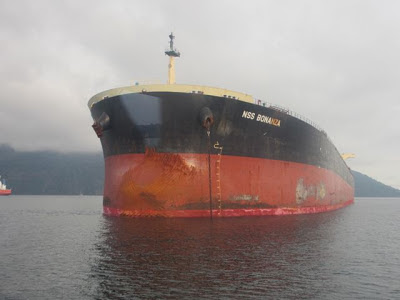 Another day we went out to Sooke, where we had spent a week a few years ago. We walked out on the spit and found many delights. One was a swing dangling from a tree! Elaine was the only one small enough to trust her weight to it, and she had a great time! Look how low the sun is, and this is just maybe 2 in the afternoon. 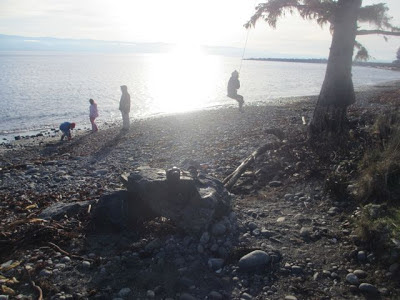 The view was incredible. These are the Olympic mountains in Washington. So gorgeous! 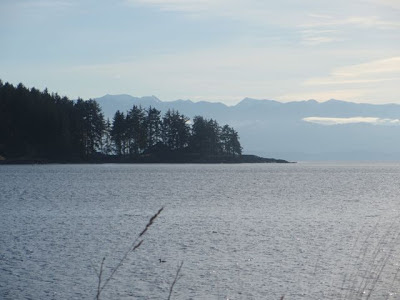 I couldn't leave a beach like this without a few pictures of rocks, now, could I? I hear that some call these ones with the lines around them "lucky rocks" and that's good enough for me. 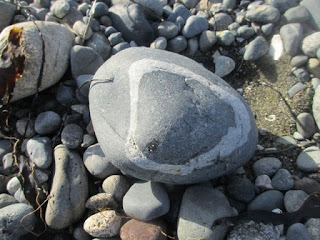 These next few were taken on the day of the panto, as we were walking around town.

Elaine got a kazoo for Christmas, and here she is performing her debut at the Sidney Opera House, or whatever they call it. A kazoo is a fine thing, out of doors. 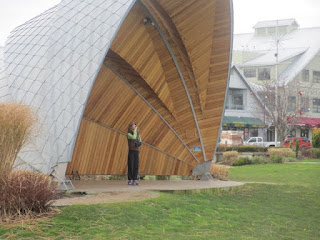 One day we went to Beacon Hill Park.

The sun did really, truly come out later in the week. 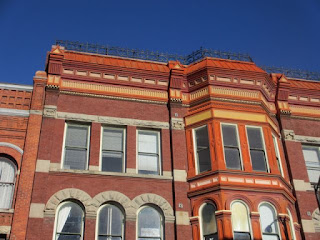 And then it was time to put all our stuff in a heap and head to the airport.

I will show you more West Coast stuff in a day or two, but I just found this video of our neighbourhood triumph of last summer, the Porch View Dances. I can't see my jazzy hat anywhere in the glimpses of the audience, though I was certainly there wearing it.

A few pictures from our holiday

We went out to Victoria for the second half of the holidays, to visit Stephen's mom and sisters (and assorted spouse and children, as well).

First stop, of course, is the dining room table for a cup of tea. I made this cosy for the giant pot as a wedding gift when Arthur was a baby, so 14 years ago? Fifteen? Anyways, it is still just as lovely as ever, though used-looking and not pristine. The star dishcloth was this year's gift. 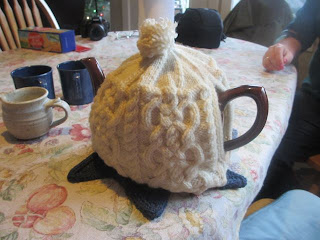 I also caught up with this old friend, a fair isle concoction I made nine years ago. It was tossed aside onto the guitar case in the heat of the action. Stephen's sister and niece were singing and playing guitar and generally whooping it up! 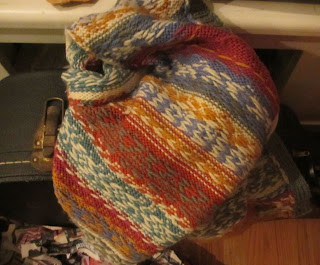 Meanwhile, out the window, a pileated woodpecker was pecking. 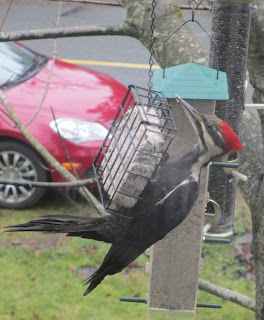 Our first real outing was to Sidney By the Sea, a formerly industrial town that is keen to be tourist-friendly. There is a beach


and the Ocean Discovery Centre


and a community centre complete with theatre, and we enjoyed them all. The afternoon was spent at the panto, a crazy Cinderella story. Here we have some of the stars of the show, after the performance, I believe. On the far left is the evil stepmother, except she was an aunt in this version. She was horribly, horribly, horrible. Then we have Lady Gaga, who was at the ball, and an ugly stepsister, except I think s/he was a cousin. Buttercup, her name was. You can just see the purple hair of Violette, her sister! Those two were really the highlight for me, I think, even dancing in high heels and showing off their hairy legs. 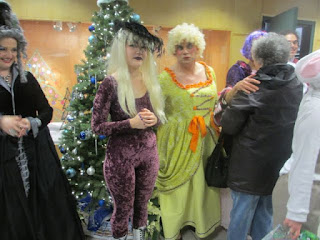 And that is enough for now. The big fun involved going out on The Boat, a 42-foot cruiser, up the Saanich Inlet. That will be our next instalment!
Posted by Mary deB at 7:47 pm 2 comments: