Rowan is running another mystery knitalong, with Kaffe Fassett designing blocks of a blanket. I got my yarn, and was tapping my fingers waiting for October 1 when the first clue will be released. So I decided to just make a sort of Kaffe-like square, to get a feel for the yarn and gauge and to practise with 2 colours per row.

Actually it is a bunch of Kaffe-like rows, one after the other, with no cohesive idea. Towards the end/top, I clearly ran out of enthusiasm for red, red, blue, blue and just knit plain rows, trying to get 15 rows of each colour in. Almost, but I think it is about square as it is.

In a few days, we'll see what the master actually wants us to do with these colours.
Posted by Mary deB at 8:13 pm 1 comment:

Here's some knitting for you!

This is a Bandana Cowl I made for Stephen for bike-riding in the winter. I thought I would give it to him for Christmas, but it just took a weekend of train rides and it was done! Since I couldn't help but show it off to him, and since he will likely need it before the end of December, I guess I need a new Christmas idea. 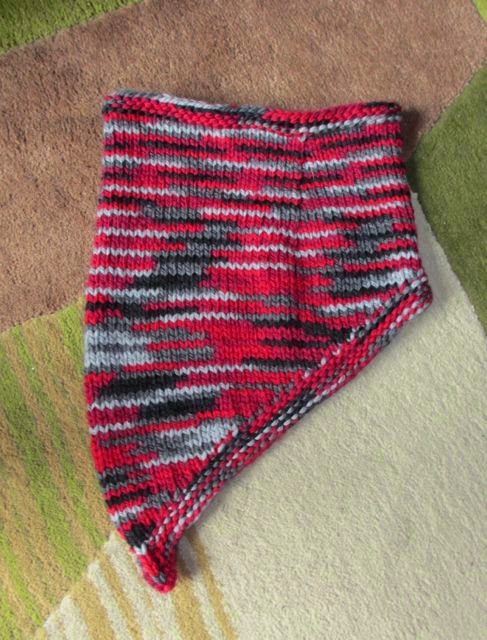 Cascade 128, in a sort of lava-like colourway. I like how the variegation changes with the shaping. I think I like the very top striping the best. 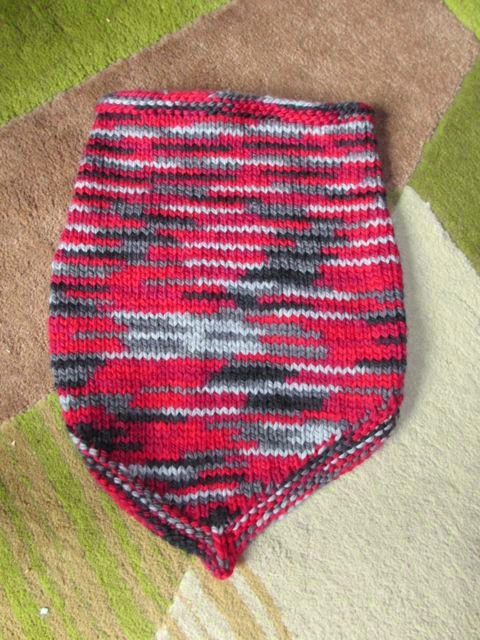 This is Arthur's latest "pair" of socks.
I finished the first one in January, but it took me a while to get going on the second, and I didn't have enough yarn. 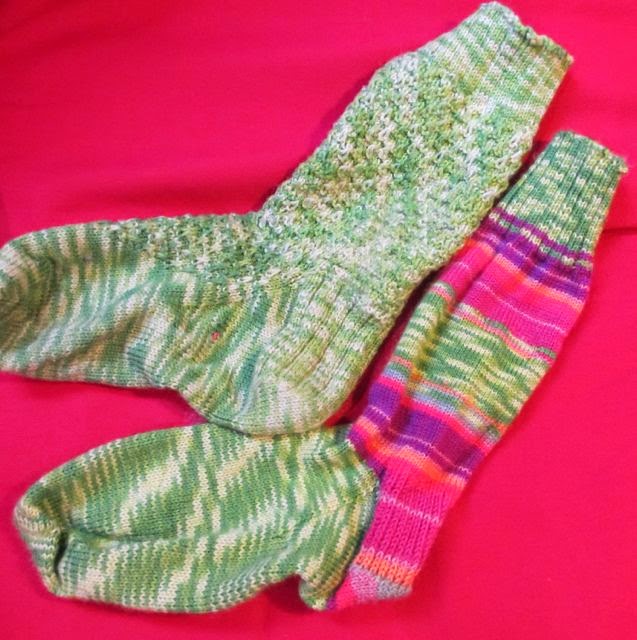 So, a bit of leftovers and we're in business. Glary photo...

And, um, then we have the next project... Kaffe Fassett is designing a blanket or cushion, and I just have to knit along with that! It's a mystery knitalong for Pure Wool Worsted, but I went for Wool Cotton. 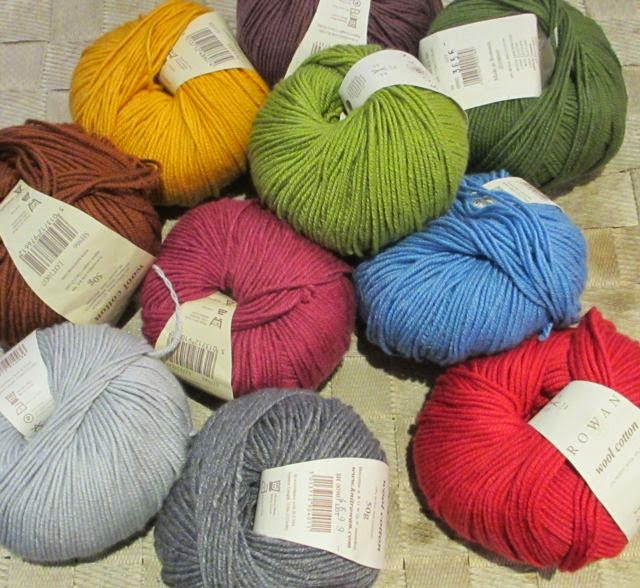 The first square will be in these four colours. Actually, the dark grey is supposed to be "rich red," but I couldn't see anything that suited in the substitution yarn, so I used dark grey. 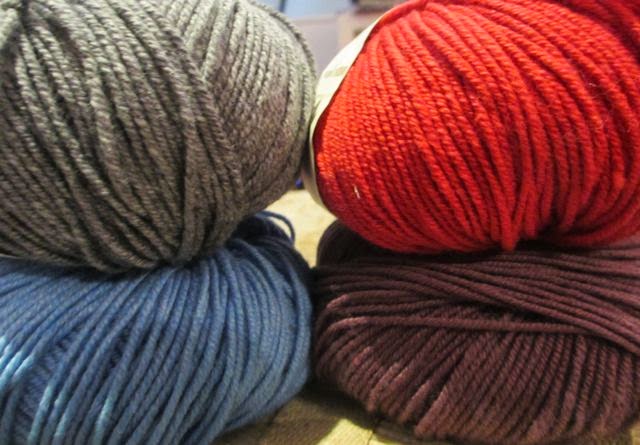 The original four colours were rich red, raspberry, damson and periwinkle. I have dark grey, something close enough to raspberry, a dull darkish reddish purple, and a blue we could call periwinkle.

So, all fun and games. I am also working on two pairs of socks, which might end up being Christmas presents! As always, many more plans than I can fit in. Today I am sick and miserable, so finding the camera cord and downloading some pictures was about the limit of my abilities.

One more picture, the last of the TIFF pics: 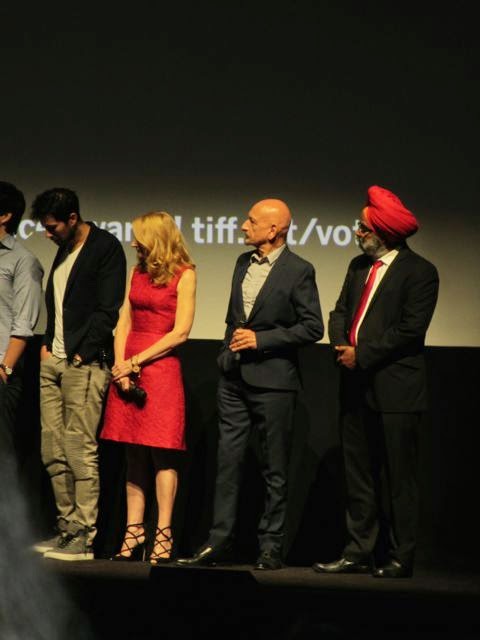 Ben Kingsley and Patricia Clarkson and others on stage after the showing of their movie Learning to Drive. Mr Kingsley (Sir Ben, I believe) said it was nice, after playing a number of villains, to just put on a turban and play a decent man. (The man in the turban might just be Harpreet Singh Toor, who had a small part in the movie and was their advisor on all things Sikh.)
Posted by Mary deB at 2:28 pm No comments: 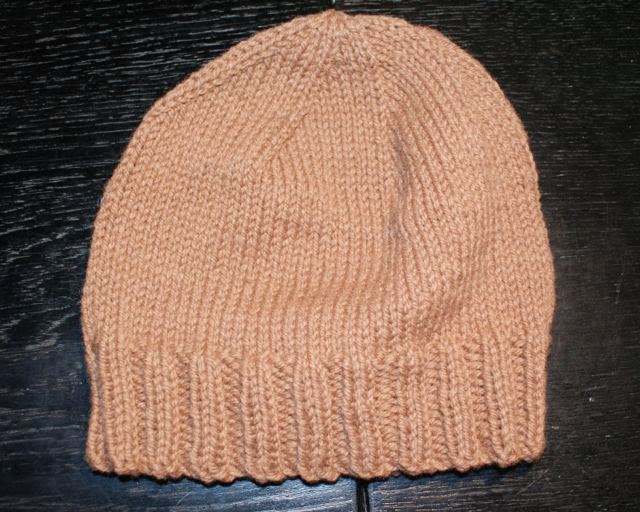 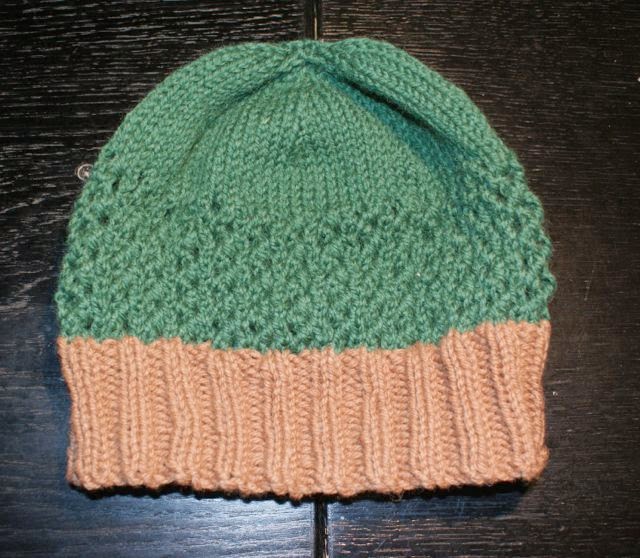 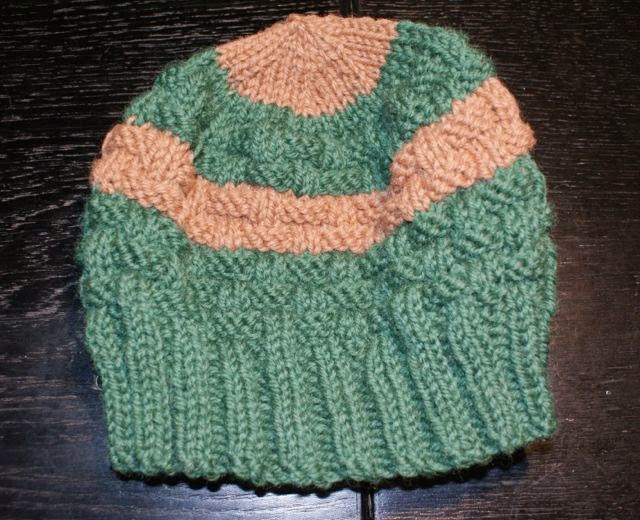 Firstly, I have three hats. I just finished the bottom one, and it seems I started the first one on April 4, finished it on April 28, and then knit two more without putting anything on Ravelry, or taking any pictures. So here you go, three hats for the charity bin.
I also finished something I really only started recently! No years of sitting around for this! 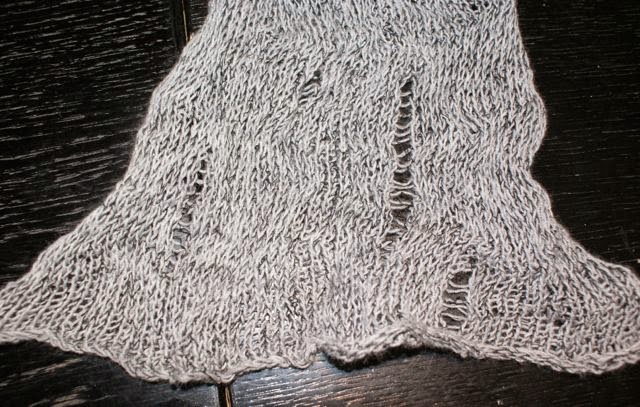 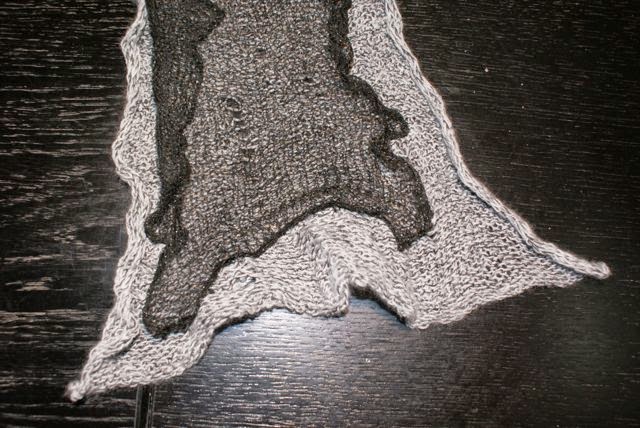 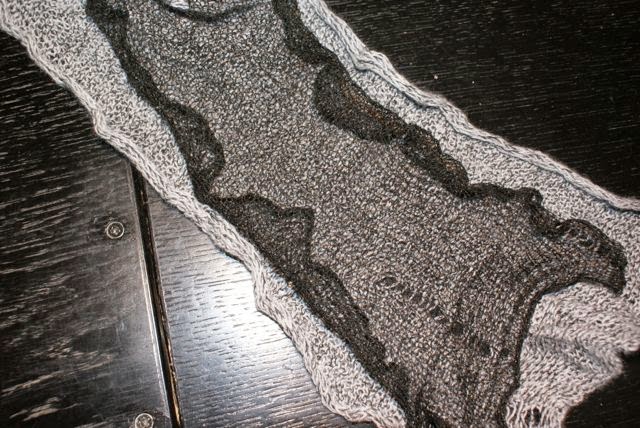 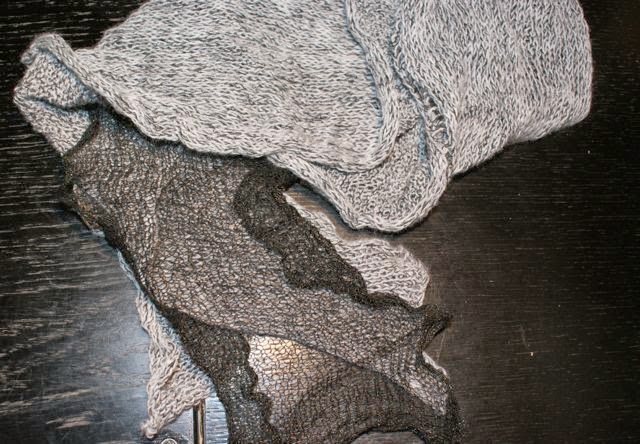 It is my Kusha Kusha scarf. You knit about 40 inches with silk and steel thread, held together with merino laceweight wool. Then you drop the wool and just knit with the teeny weeny thread.

Then, apparently, you try to take a picture of black knitting on a black table.

It is delightful and I hope I will enjoy wearing it when things get a bit cooler.

Some knitting and a few films 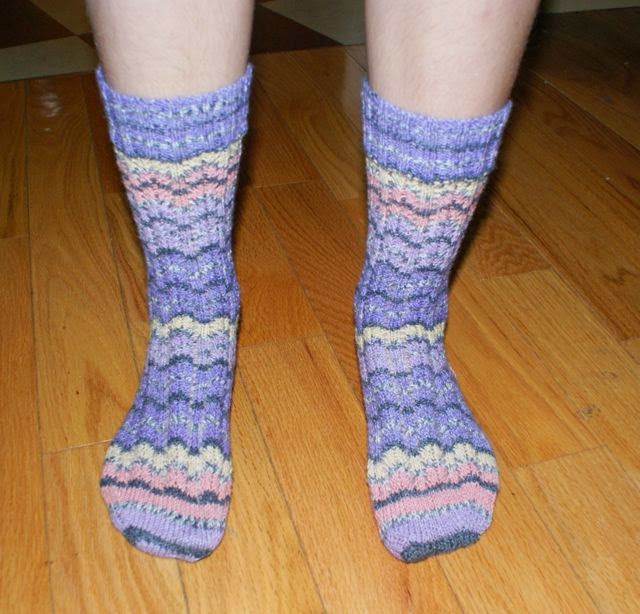 The yarn colour is called Grape Gumball, and it's stretchy, with a bit of elastic, so a bit tricky to get the tension just right. But cute!

Dearest. A little boy is taken off the street one day, and we watch his parents, especially his father, try and try to find him. When he's finally found, he's been living with another family for so long... Clever and very sad all around. I was talking to someone else who had seen it, and he said, "I know it's a very emotional issue, but do we have to cry through the whole movie?"

Madame Bovary. When I read this last year in French, after having not read French for years, I found that the vocabulary that was most difficult was the words meaning "elaborately woven silk," or "beautiful embroidery from Italy," or any number of fancy-schmancy fabrics and home decorating thingmabobs. 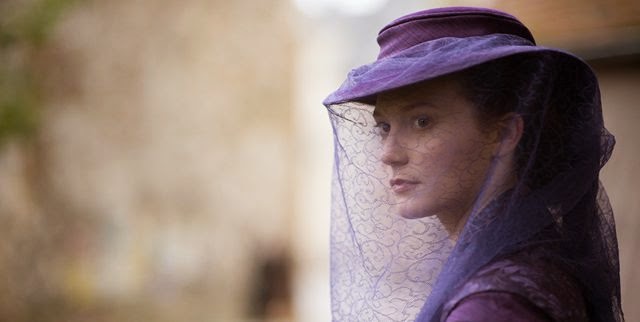 So it was delightful for me to see the care and time the filmmakers put in to the costumes and sets. The dresses were handmade, each one with a name and a bit of symbolism, like poisonous flowers in the design. (I didn't learn this from watching the movie, but the director told us all about it afterwards.) And of course, it's a great story!