Thursday is a big day

Looking for some routine and steadiness in this crazy time, I seem to have latched on to Thursdays. 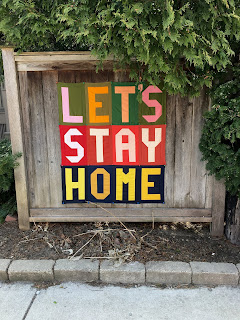 Thursday is the day I blog now, apparently. It's also garbage day, when one might actually see a neighbour, talk to someone across the street as we put our bins out.

This was a rather special week, as quite a lot of things happened. On Tuesday Stephen rented a van, drove to Ottawa, threw Arthur's stuff in the van and then they drove back. Five hours each way, so a big day. It is nice to have the big galoot back with us, but clearing off the fourth place at the table was a bit of work! The flat surfaces have become rather cluttered, even the end of the dining table!

Wednesday was Stephen's birthday. Our neighbour plays O Canada at 7 pm each night, on his tuba.

He is definitely improving as time goes on... Earlier in the week I asked if he could handle Happy Birthday and he leapt at the chance to double his repertoire. Stephen was quite surprised, as I had let more neighbours know and we all joined in the sing-song. I wish I had a picture to show you! Not quite the house party that he has become accustomed to, having a birthday at the end of the university term, but satisfying enough. 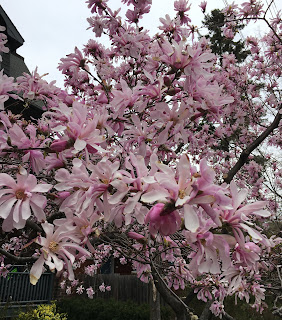 Knitting... I am plugging away at the newest scarf. 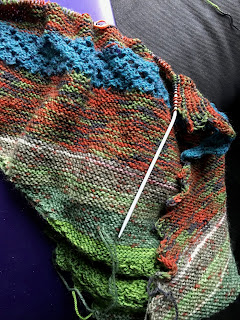 My niece is having a baby later in the summer and so I figured a blanket was in order (though now I have the yarn I am having all sorts of different ideas: matching family hats?). I didn't have just the right yarn lying around the house, so I had to order some from my local yarn shop online, and go and pick it up. The danger with online shopping, as is well documented, I am sure, is that old impulse buying. I got another skein of crazy Studioloo yarn and picked one that was pretty, not to expensive... but it turns out it is mohair which I would never have bought in person; it makes me sneeze just looking at it. 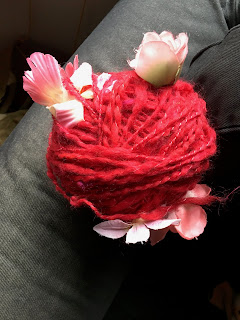 So I guess I had better knit it up really fast to get it over with, right!? That will become a pick-me-up for the new mom, to go along with the practical blanket for Junior.

Big turmoil in my twitter feed is the Great Toronto Cherry Blossom issue. When we left Vancouver in March we were able to see ordinary residential streets lined with gorgeous ornamental cherry trees; there are a variety of types that bloom one after the other for a month or more. Here, we have very few and they are pretty special, for the week or two they bloom.

The biggest cluster of the trees is in High Park. Every year there are traffic jams as the whole population of the Greater Toronto Area tries to get selfies with blossoms. So this year, the city has closed the whole park, something like 300 acres of walking space, so that people don't crowd around the trees and breathe on one another. You can now watch the trees on a webcam, and you can see last year's blooms! This page has some nice pictures if you scroll down a bit.

I do know of another smaller cluster of trees, and they are just as beautiful, although now right next to a big construction site. They will be in their full glory in a few more days, if it doesn't rain too much. I've been there twice recently and there were other people, but we all managed to keep our distance.

Today should have been the beginning of the Hot Docs festival. They are doing their best to put some of the films online. You can watch at CBC Gem, some are on Netflix or Apple TV. At least I know that spring is usually really and truly here by the end of the festival, so in 10 days, the sun will be shining.

Another Thursday, another three things

First thing: gardening, of a sort. 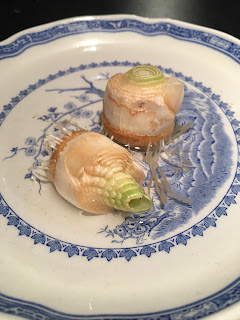 These are the bottoms of two leeks. They have roots, maybe they will continue to grow? It's still too cold to put them outside, but they have outgrown their little saucer, so now they are floating in shot glasses. I'll get them outside as soon as I can.

I wanted to buy a pot full of pansies from the corner store, but they were too expensive! I think the garden centre is open, and they have online ordering, but the whole shopping and payment thing is a bit funny. I'll have to go by and see what's going on. I really just need some little plants for the back deck, and they will have to be somehow raccoon-proof.

I have made two and a half things since the last knitting update! The one I mentioned, a lace scarf, was a tad frustrating but is kinda cool. 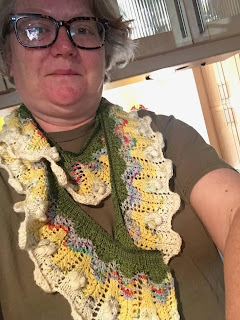 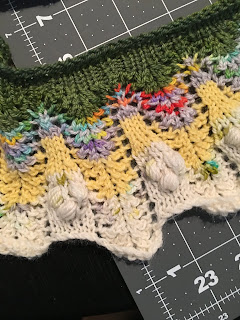 Rummaging around, I found a lone ball of sock yarn in not-very-exciting colours, and turned it into a quite hideous cowl. I guess this would have made a sock for someone who didn't want to make much of a splash. 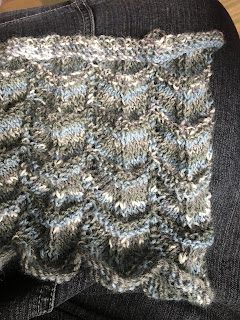 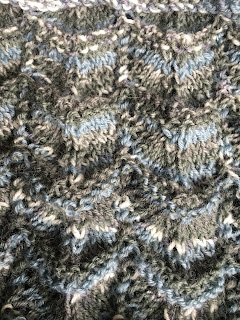 The half-knit thing is another scarf. I think it needs a post of its own. 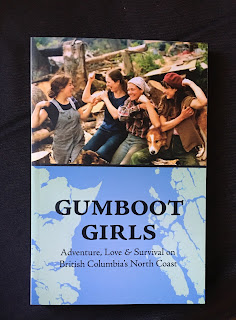 I ordered this book before we left Vancouver, I think. It just arrived on Tuesday. I have another book to finish and then I'll get right into this one! I've been waiting some time already -- I saw a copy of it, and maybe read the first chapter, when we went to Haida Gwaii in 2016! I didn't realize I could get a new copy, and couldn't find it used anywhere, and mostly I forgot about it, but was reminded of it in BC earlier this year. Love these small publishers.
Posted by Mary deB at 8:00 am 1 comment: 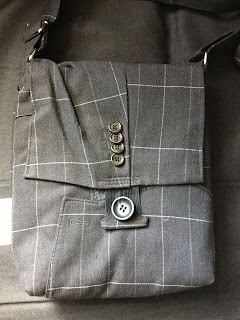 Too busy to blog?

Where has the time gone? Who knows?

Chia head is perhaps even overgrown! 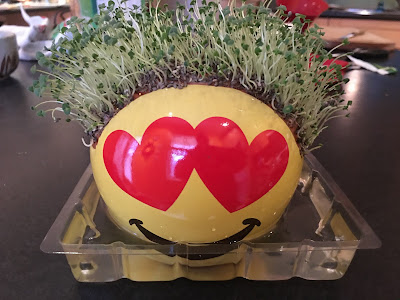 I wonder if the seeds used in these things are safe to eat. Quick google: This post from 2017 says you should eat chia, but at the very bottom it says "The Joseph Enterprises VP (the company that brought us the chia pet) said in an interview that the chia seeds that come with the pets aren’t cleaned well and don’t go through the same FDA compliance process as the ones sold for eating." Don't eat chia from a pet!
Tomorrow we will have been here for two weeks and will celebrate by going out for groceries. And I hope to show you a scarf I made!
Posted by Mary deB at 6:19 pm 1 comment:

Ah, the first of the month 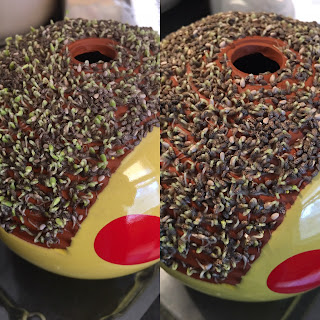 You can see the great growth going on here. Right is yesterday, left is this morning. My eye-heart emoji will soon have a full head of hair.

Plans for the rest of April are... on hold. I will knit, I will bake, in a week I will go for a walk. Other than that, I can't really say!

While we were away, living in other people's apartments, we had great plans for decluttering and cutting things down, but now we are here, we can rearrange piles, but we can't put things at the curb or get the charity to pick up our stuff for the thrift shop. Listing things to sell online... who would come to a stranger's house to look at something?

So, we sit in our chairs and look at our screens. I did manage to knit another lace row yesterday, so am on a roll, knitting-wise. Still not much to see: 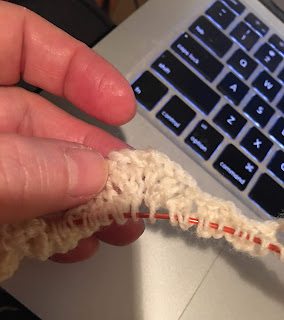 I have got into this shopping-online lark. I bought $85 worth of tea the other day, and it is being shipped right now! I bought a book I'd been looking for forever. Hint: go to the publisher, rather than Amazon! I bought a bag I am keen to show you. It is being custom made and should arrive in a couple of weeks, though, so not yet! Our neighbour gets a case of wine delivered every three months, so we signed up for that, too.

And that is April. Uncertain, full of tea and books and wine.
Posted by Mary deB at 10:23 am 2 comments: