My, this month has zipped by. Of course, there is a bit left, but I am preoccupied with a couple of things in April and May and feel like they are almost upon us.

I went out to BC for 10 days. I don't know why, but every leg of the journey had delayed airplanes, cancelled flights, hours spent in airports.

First we flew to Regina -- we were using points for the tickets, so we didn't have a lot of choice in our route! I don't think I've ever seen the prairies so clear and snowy before! 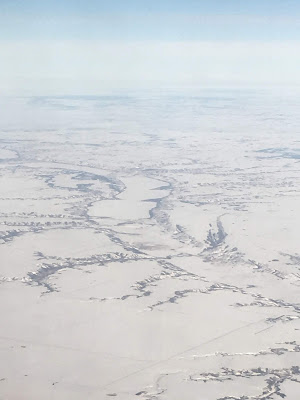 Then we sat in the airport for several hours. Some of this we knew about in advance, but some was a surprise. Pro-tip: if you are ever stuck in Regina, go out into the main part of the airport, because there is nothing past security. 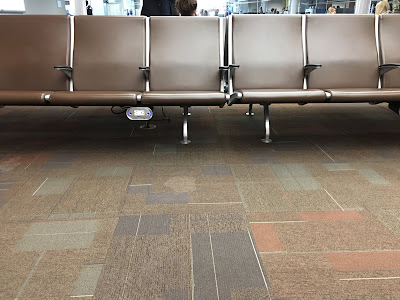 It was quite a brown airport.

Finally, back in the air. 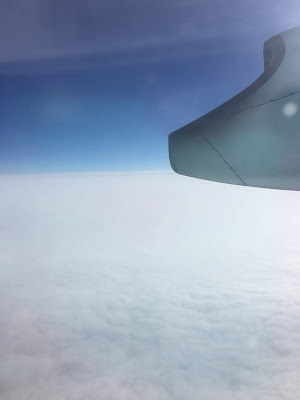 We were headed to Salt Spring Island. So we flew Toronto, Regina, Vancouver, Victoria.

Let's whip through some pictures of BC and move on, shall we? 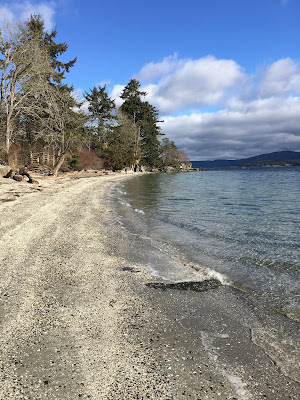 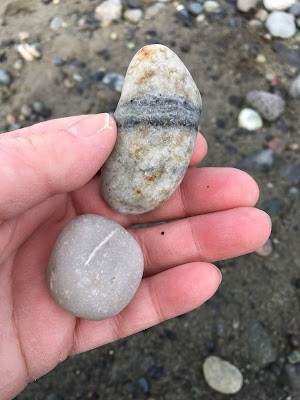 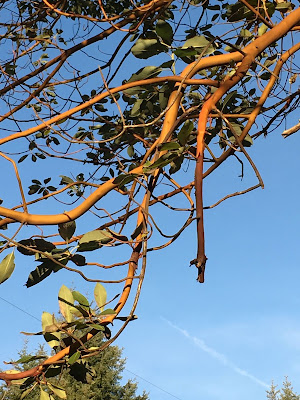 I moved from Salt Spring to Castlegar, with another wretched delay and another lengthy stay in a small airport. I had some pancakes, since it was a 5:30 am flight that was cancelled for several hours. 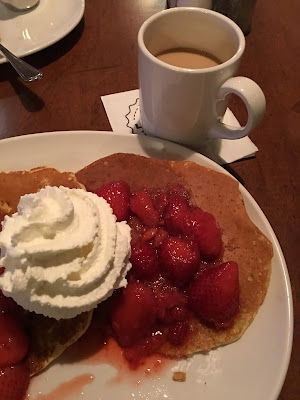 In Castlegar, my green hat met up with its orange twin. 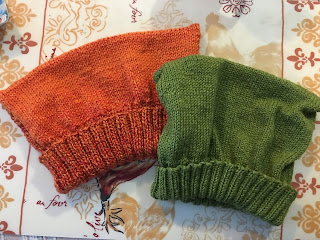 We went for a few walks and did some stuff... I started and ripped out the same yarn about three times. Perhaps I'll show you that another day.

I finally flew over the country once again, after a delay which meant me staying overnight in Vancouver. Bonus this time: I got to see my aunt and cousin, and a sunset over the water. 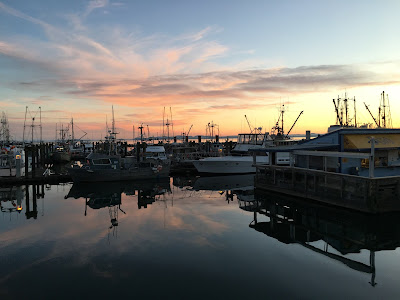 Finally, I caught a flight early the next morning, and flew home across the county, seeing some ice on a Great Lake, and then that was that! 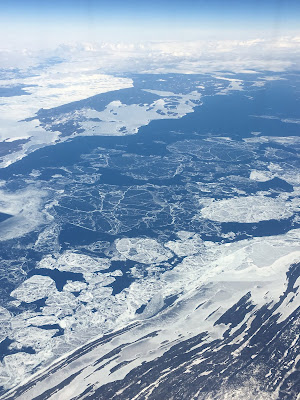 I am making a warm, warm sweater. 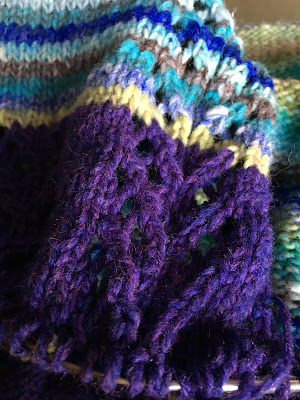 A cardigan, with a Noro, super-colourful yoke, and a purple, somewhat lacy body.

I am not sure of much else. I think I can do what I want with just the purple for the body, but I am taking the precaution of making a sleeve, just to see how much yarn it will take. We might get green cuffs or something like that!

I will need slightly chilly, non-rainy days for wearing this.
Posted by Mary deB at 4:10 pm 2 comments: