Today, postal thrills! I have completed my set of royal ciphers! There are still lots of weird and wonderful post box variations out there, but I now have at least one example of every king or queen's post box. I'll just put in here these three useful post box pages for you: the British Postal Museum and Archive, Paul's Unofficial Letterbox Pages and the Letter Box Study Group. 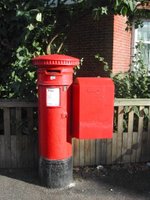 First we have the anonymous box. Actually, they weren't first. These cylindrical
anonymous ones, with no royal cipher, were put
out from 1879 to 1887, but there were pillar boxes before then, including the marvellous hexagonal Penfolds, which came out in 1866.

But we will start with anonymous ones anyways... There are lots of these around here, especially in Chesterton, but my favourite is the spiky one on the river! 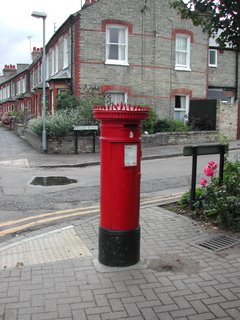 After 1887 the ciphers were always put on. The monarchs were, just in case your British history is weak, Victoria, Edward VII -- but this page has funnier illustrations if you scroll down -- then George V, Edward VIII, who reigned for less than a year, before abdicating to marry Wallis Simpson, who had great jewellry!

Ahem, where were we? Ah yes. Then there was George VI and Elizabeth II. I guess we shall one day see Charles' post boxes. I hope he has a decent stylin' cipher, that's all I can say.

From Victoria, we have the Penfold: 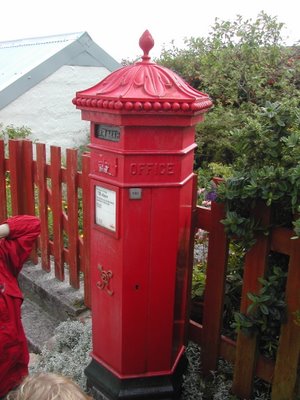 And here's a wall box: 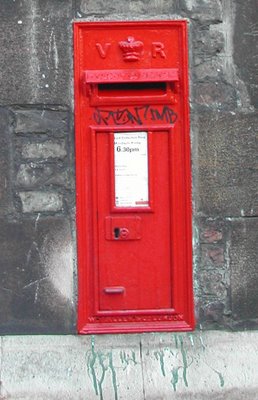 And a close-up of the VR on a cylindrical box, with snow! 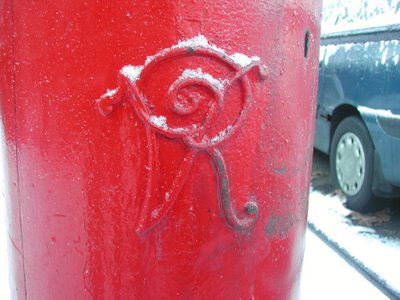 Edward VII also had a very loopy cipher. On a wall box it had to be much more restrained. You can see the VII under the crown. 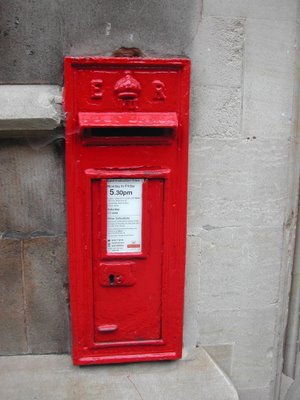 George V has the simplest cipher, and I quite like it. Not sure why he only put GR, but there ya go. He has lots of wall boxes, it seems, and my fave weirdo box, in Llandudno.

Then, wait a minute! The next king was Edward VIII!
Hooray for me and my kids! We left Stephen on Father's Day to work in the lab, and we made it to the corner of Elliot Road and Hendon Way in north-west London, where we found this: 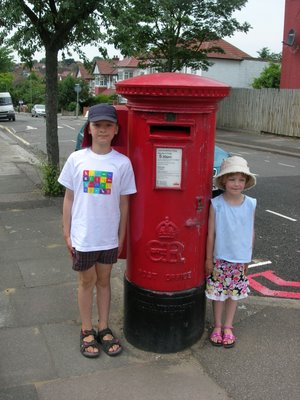 And there it is, an Edward VIII pillar box, one of a very few in the country. These folks say that only 161 pillar boxes were cast during his reign. (Someone, go find that one in Wolverhampton!) 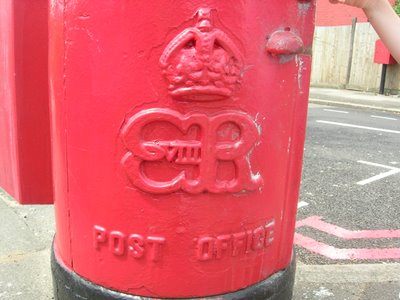 I like his cipher, nice and bold and not all fancy and crazy. A bit anticlimactic? Perhaps, but although it looks much like any other pillar box, we connoisseurs know it is special!

Then we get George VI, who returned to loopy letters, 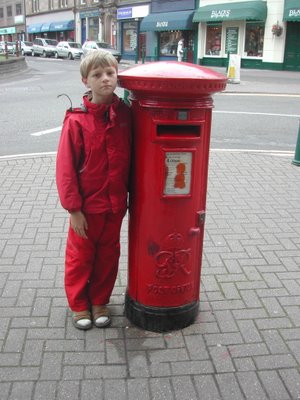 and put out at least one very short box! 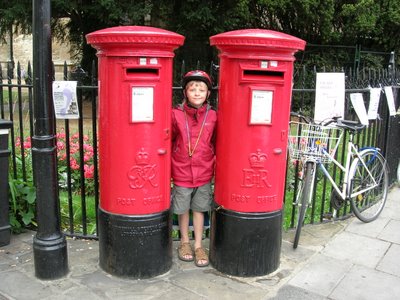 Here are the twin boxes from the Cambridge market area. One is George VI and the other is Elizabeth II. My fave EIIR box is the space-age one, like this one at Stonehenge: 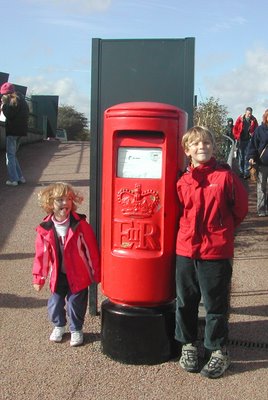 The kids do get a bit tired of posing with pillar boxes...

This is way easier than collecting stamps!

Edited much much later: I see that people come here to see pillar boxes! I'd love it if you'd leave me a comment and say hello!
Posted by Mary deB at 9:44 am