You know I go to two big film festivals in Toronto: I go see films at the Toronto International Film Festival in September and I watch and volunteer at Hot Docs in late April.

I"m branching out. In October I volunteered at the Planet in Focus environmental film festival. Last night I went to a meeting about helping out at the Jayu human rights film festival. I was told at that meeting that there are about 100 film festivals in Toronto each year! Slight exaggeration, I think; I can find a list of 40-ish.

Planet in Focus was pretty good; I will definitely volunteer again next year. This year I helped mainly with the school program. We brought kids in from all different grades and had a junior and a senior screening, with different shorts. I only saw a couple of films other than that though, Atlantic and the opener, Theater of Life.

The schedule at Jayu looks good, too. I hope to work at the earlier shows and just watch the later ones. Hmm, they didn't mention at the meeting anything about free entry to movies for volunteers.... I am pretty sure we get in to the opening night.

As part of the Hot Docs gang, I volunteer year-round at the cinema, and today I'm ushering at Ron Howard's movie about the Beatles. 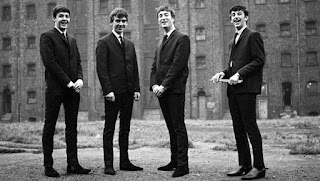